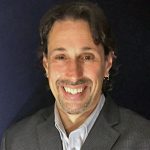 Dave has been with the Human Services Center since 1990 and currently serves as the Executive Director as well as the Director of the Mon Valley Providers Council.  As Executive Director, Dave leads a talented and diverse staff team that oversees a budget of over $1.8 million serving thousands of residents through the Center and hundreds of youth and adults in direct programs.  In recognition for its outstanding outcomes for families and children, the Human Services Center received the Wishart Award for Excellence in Nonprofit Management in 2004, awarded by The Forbes Funds of The Pittsburgh Foundation.  In 2006, Dave launched a separate nonprofit, Advancing Academics, which assists low-income, high-achieving youth gain entry and financial assistance for college.  Staffed by a cadre of passionate part-time people dedicated to helping youth, the initiative currently boasts an 85% college graduation rate.  Dave also serves as an adjunct professor, teaching classes each semester in the University of Pittsburgh’s School of Social Work and Graduate School for Public and International Affairs in subjects such as nonprofit human services management, fundraising, human resources, public policy, and advocacy and lobbying.

In 2019, Dave received the Allegheny Partners for Out of School Time (APOST) Advocacy Award; in 2017, the national Network for Social Work Management recognized Dave with its Exemplar Award for commitment to Leadership and Management Competencies; in 2012, he was honored as the inaugural recipient of the statewide CAAP Sargent Shriver Community Service Award for service to the poor;  in 2010, the University of Pittsburgh’s School of Social Work honored Dave as its Outstanding Field Instructor, an honor of great meaning to him for his role as a mentor to those entering the field.  He has won two student choice awards for his teaching at Pitt (one as recently as 2018).  In 2009, the University of Pittsburgh’s Graduate School of Public and International Affairs honored Dave as one of its inaugural 4 Under 40 recipients, and in 2007, Dave was recognized as one of Pittsburgh’s 40 Under 40 by PUMP and Pittsburgh Magazine .  Most recently, Dave’s leadership profile was featured in the book Leadership with Impact (Araque and Weiss) and he is currently a member of The Leap Ambassadors Community as a leader committed to high performance.

Dave’s commitment to the community is clear:  Dave serves on the Partner4Work Board (the workforce development board for the City of Pittsburgh and Allegheny County), serving on the Finance Committee as a Chair of the Ad-Hoc Human Resources Committee and serving on the Governance Committee, the Executive Committee of APOST, Board Secretary of the Pantry Network of Eastern Suburbs, and he recently served on a national committee for Grantmakers for Effective Organizations.  Previously he served on the founding Advisory Team for the Greater Pittsburgh Nonprofit Partnership (past Chair of the Public Policy Committee) for its first seven years.  In 1997, Dave was selected as one of five international fellows by the Indiana University Center on Philanthropy in Indianapolis for which he published a manuscript on endowments for small nonprofits and under contract gave speaking engagements across the country for 18 months to other development professionals.  Dave has conducted dozens of presentations on advocacy and lobbying throughout Pennsylvania and he and his agency were key leaders in the 2018 Our Kids Our Commitment campaign for a children’s fund.

A native of both Washington, D.C., and Pittsburgh, Dave holds Masters Degrees from the University of Pittsburgh in Social Work for Community Organizing as well as Public Administration, along with a Certificate in Nonprofit Management, as well as his Bachelor of Arts degree in Social Work.  He received Executive Training at Harvard Business School, and is an alum of Leadership Pittsburgh (LP XIII), Leadership Development Initiative (LDI I), and the Human Services Executive Academy.  Dave prioritizes family in his busy life, spending as much time as possible with his wife and three sons.